As gene therapies expand their clinical development and therapeutic reach Biotech’s are always looking for better ways of tackling the biggest hurdle in gene therapy – the safe and efficient delivery of the genetic material to patients.  In this blog post we look at the pros and cons of delivery via viral Vs non-viral vectors.

Why All the Attention on Vectors?

Gene therapies have gained much attention in recent years, with their transformative potential recognized by investors and developers alike. The rise of gene therapies has created a debate – on whether to use viral or non-viral vectors to deliver this genetic material to patient cells.

Designers, developers, and manufacturers choose which of these two vector variations to integrate into gene therapy production based on three main factors:

According to Global Data there are currently 4 approved gene therapies and 3 gene therapy products in the pre-registration stages.

15 products are currently under Phase III investigation for a range of indications including hematological disorders, ophthalmology, immunology, and infectious diseases, and, a further 277 gene therapies in Phase II clinical trials.

With the evidential clinical success of gene therapies growing so does the interest in vectors. So which should you be using and why?

Viral vectors, engineered from the blueprint of a virus, capitalize on the virus’s ability to enter the nucleus of a cell and deliver genetic material.

The choice of viral vector depends on many factors depending on the needs of the disease to be targeted, including the amount of genetic material to be delivered, properties and location of the cells being targeted, and safety considerations – limiting the possibility of an immune response.

How are you enjoying this blog post? Let us know your thoughts, here >>

Understanding how the immune system interacts with viral vectors and controlling these responses would extend their clinical use. Approaches currently include using novel vectors with tissue-specific tropism, using alternative routes of administration and using genetically engineered capsids.

Efforts to reduce manufacturing complexities and costs of viral vectors have included: using stable producer cell lines rather than transfected producer cells, stereotype-independent processes, and, the use of suspension rather than adherent cell culture.

Using humanized mouse models or tissue grafts on animal models can be used for greater accuracy when considering the efficacy of viral vectors in humans.

There are 3 main types of viral vectors: Adeno-associated viral, lentiviral and retroviral – all with their own pros and cons.

The most popular viral vector used for in vivo gene therapy is the adeno-associated viral (AAV) vector. A non-pathogenic parvovirus, with 11 stereotypes and more than 100 variants each with a different tropism, AAV’s can specifically target many different tissue types.

An enveloped spherical virus, retroviruses carry genetic material in the form of RNA, reverse transcribing this RNA into DNA before integrating it into the host cell genome.  However, retroviruses are no longer selected for use in new clinical trials.

Lentiviruses are a subtype of the retrovirus and similarly carry its genetic material as RNA, reverse transcribed into double-stranded DNA before transduction into the host genome.

These vectors are mainly used in ex vivo gene therapies but also show promise in clinical trials for their application in vivo, for monogenic and chronic diseases such as neurological, ophthalmological and metabolic diseases.

Looking for a conference to attend? Click here to find out more about our next event, Advanced Therapies Europe >>

Whilst viral vectors continue to be used in approved gene therapies and most recent clinical studies, their high manufacturing expenses and difficulty to translate to a commercial scale means research to find alternatives has gained pace.

Let’s look at the specific pros and cons for the non-viral vectors dominating this area of research.

Cationic polymers, such as polyethylenimine (PEI), hold a versatile chemical structure with a high capacity for holding genetic material, which they can neutralize to form a polyplex that is then easily transported.

So Where Does the Future of Vectors Lie?

As with many areas of science, the answer lies in more research.

Both viral and non-viral vectors hold characteristics favourable for vector delivery. If the issues regarding inefficient transfection are resolved in non-viral vectors then the benefits they offer in scalability, lower manufacturing costs and greater flexibility could offer a desirable alternative to popular viral vectors such as AAV.

While we have you…

We are continuously working to better optimize our content for you, our audience. Let us know how we’re doing by ticking the box below, or send us your feedback directly to team@phacilitate.com. 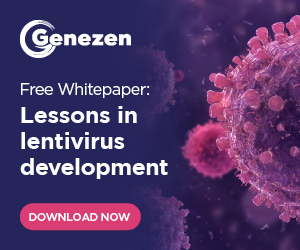 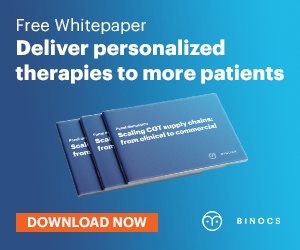