Drawing on expertise including robotics, cryopreservation, product and process development, autologous and allogeneic manufacturing, and closed system processing, this working group came together to analyse and discuss a key issue in cell processing: How do we define flexibility?

“With standardisation leading to reduced costs and eventual automation, where does flexibility fit?”

Beginning with a discussion on culturing cells in bioreactors, the recent work of Fraunhofer IPA was raised as a discussion point on modularity. With sterile welding common in these efforts, a challenge remains to move towards automation of this standard but unoptimised practice.

The use of robotics is a key method in which greater standardisation and automation may be achieved. While the robotics field has potential, clear business cases are needed to qualify its use at scale. One way in which robotics crosses over into cell & gene therapy is via the use of mobile robots for tube welding in biologics facilities at scale – a possibility being investigated alongside the use of 3D printing for connectors.

“We must be mindful of the ‘measurement myth’ when sampling.”

Sites being consumed when performing mid-process sampling is a gap and area of opportunity. Sterility remains a challenge, with manifolds that limit contamination nevertheless leading to extravagantly sized equipment that is impractical at scale. At this stage, the group agreed that sterile welding remains a practical workaround of this issue that could be improved in time. In terms of innovation in this area, it’s also difficult that new tech IPs are often blocked due to existing non-reusable technology.

The problem may be approached, then, from a different perspective: Why do we want to redo the same connections repeatedly? In general, the answer is sampling. This has provided some research focus on improving at-line or off-line sensing modalities into in-line, allowing a sample loop to come off a tank or bioreactor for analysis. The integration of sensors is also relevant, with some effort ongoing for the installation of sensors to minimise the need for sampling, be it automated or performed by humans. Treatment time is also a limiting factor in this area of work. With turnaround times often being short, temperature and thawing alone complicate already tight schedules.

Finally, we must be mindful of the ‘measurement myth’ when sampling. The need for sampling varies across products and processes and it is pertinent for any organisation to ensure that it has thoroughly identified the need for a given metric before attempting to capture it fully. To make sampling easier, the group noted the potential middle-ground of using metabolite sensors to obtain easy measurements.

Cell Culture: What Matters? What is Needed?

“Reducing complexity is key to keeping costs meaningfully down. It’s vital to make a process that is simple, repeatable, and effective.”

Having a baseline on culture health is vital; system complexity tends to be high, leading to gaps in understanding in processes like autologous tumour sampling.

Reducing complexity is key to keeping costs meaningfully down. It’s vital to make a process that is simple, repeatable, and effective. This is particularly relevant for tasks like release testing and potency assays. Flexibility is also a limiting factor that is felt strongly when performing tasks like managing or adjusting feeding regimes and cytokine concentrations. While all-in-one systems with overarching quality control are possible, they’re often inaccessible or unknown to organisations.

CMC requirements for regulatory bodies like the FDA are a further concern; solid process understanding and a disciplined risk management approach is expected. This is easier said than done, with many organisations struggling to achieve a truly holistic process understanding. This is particularly difficult with continuous feed systems that require more monitoring, often leading organisations down a rabbit hole that proves difficult to define and resolve. Generally speaking, the ability to capture data is not the real challenge. For therapeutics providers, defining CQAs and defending a true understanding of their processes is where difficulties can arise.

Decreasing variability in input material is expected in time, with more allogeneic and off-the-shelf therapeutics instead becoming available. This may lead to greater reliability. With the industry poised to move beyond oncology, however, increasing numbers of applications and indications may cause the opposite to happen. In this scenario, organisations will need to cope with variability in understanding product function and efficacy.

As we progress toward automation, what intermediate steps are ideal? Can modular systems and tubing sets be better integrated to avoid excessive size and complexity? When considering this, competing interests, processes, and a need for global buy-in across the industry block progress.

We also see a tech gap underlying existing processes. Getting different tech to work together has led many processes to include jury-rigged elements, which is a barrier towards standardisation and subsequent automation.

At scale, robotic tube welding remains a likely path towards automation despite other options, particularly when work at scale is considered.

With contract manufacturers playing such a huge role in the space, how can we move towards a smaller number of platforms that these organisations can leverage in a modular manner? The scalability of platforms may play a role here, with upscaling common in autologous work. Scaling down, however, could provide a learning point, such as when customising smaller batches. In the past, a lack of standardisation has induced a significant amount of customisation, such as single biologics facilities having multiple 2,000-litre bioreactor designs. Ultimately, cell and gene therapy stand to benefit from standardised parts such as connectors and tubing.

Is it all-in-one or most-in-one? Can we pile more unit operations into smaller numbers of modular systems? This approach may make progressing towards automation more feasible for the industry and its current level of maturity.

In terms of where the field needs to focus, it’s practical to approach this from both ends. Instead of focusing on consumables and connectors, we could holistically review measurements and the purposes they serve. In such a nascent industry, working backwards from a prediction of future maturity can help to guide the next steps for the cell & gene therapy space.

Identifying key drivers and making learning points accessible to smaller innovators as much as well-resourced global organisations will be critical, and smaller organisations combining to advocate for this would be an ideal approach.

This session was moderated by:

This session was hosted in partnership with ScaleReady on Tuesday 14th September.

Discover more with our Automation Specialist Group in the network.
Join today.

The Janssen Pharmaceutical Companies of Johnson & Johnson has presented primary results from two of its gene therapy studies at the American Academy of Ophthalmology (AAO) 2022 Annual Meeting.

Looking to the Future of CAR-T Cell Therapy Manufacture 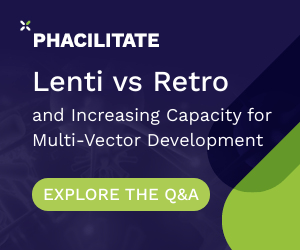