Phacilitate’s Wesley Johnson explores more top deals from the past month or so in the latest instalment of his investment blog series.

The life science industry continues its red hot form into November with a plethora of M&A transactions and funding rounds being wrapped up and placed under the proverbial Christmas tree.

One deal in particular that stood out from the crowd in November was Blackstone stamping their authority in the UK with one of the largest private financings of a UK biotech company, and the largest from a single source.

Blackstone’s capital injection in Autolus seems to be following a trend of an increasing amount of ‘take-private” transactions being launched across the sector, especially in the United Kingdom.

According to a recent article by Lexology, since the start of 2021, market experts have seen nearly £35bn of bids launched in the United Kingdom alone. Research suggests that this trend to take private is arguably because public markets are not pricing assets correctly…

However, returning to the round-up, below I have highlighted a few of the industry’s top transactions concluded for the month of November.

With increasing competition across the life science industry being fuelled by new entrants and investors looking for the next big growth opportunity, transactions continue to flourish.

In a recent article by McKinsey, they noted that large pharmaceutical companies still very much rely on biotechs as a source of innovation. With the top dozen pharma companies having more than $170 billion in excess reserves that could be available for spending on M&A, the prospect for further financing and deal-making look very promising going forward.

Success is not just what you know, but who you know. The Advanced Therapies Investment Network (ATIN), helps advance the next pillar of medicine by connecting investors with the industry’s most valued business opportunities through facilitating curated one-to-one meetings, senior roundtable meetings, and high-quality content. For more information about how to join this specialist group, please contact me directly via: wesley.johnson@phacilitate.com 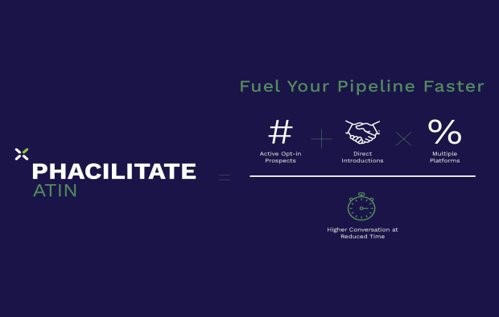