Maximising The Yield and Quality of iPSC-Derived Therapeutic Products

Induced pluripotent stem cells (iPSCs), with their ability to differentiate into any target cell type, have amazing potential to cure a variety of life-threatening diseases. A unique characteristic of iPSCs is that single cells will naturally form spherical cell aggregates while mixed in a suspension culture. The size and shape of these cell aggregates have a direct effect on the efficiency of cell expansion and subsequently directed differentiation; if an aggregate becomes too large or misshapen, nutrients or differentiation factors may be unable to diffuse into its centre, leading to unwanted cell death or heterogeneous differentiation. Achieving a narrow range of diameters and uniform spherical shapes for cell aggregates will increase the productivity of both the expansion and differentiation phases, which will ultimately maximise the final yield and quality of the target cells.

The fluid dynamics of the mixing environment play a critical role in determining how iPSC aggregates will form in suspension. The first key fluid dynamics factor is the homogeneous distribution of turbulent energy dissipation rates, which allows cell aggregates to continually experience consistent mixing while travelling anywhere within the vessel. As an example, computational fluid dynamics (CFD) analysis shows that Vertical-Wheel™ mixing, in conjunction with a U-shaped vessel, results in a narrow range of dissipation rates.

The second key factor is providing consistent hydrodynamic shear stress inside the vessel, especially around a mixing mechanism such as an impeller. This is important to avoid creating neighbouring zones of severely different shear levels, which can adversely affect the shape and size of cell aggregates. CFD modelling has shown that the entire surface of the rotating Vertical-Wheel exhibits consistent levels of shear stress. 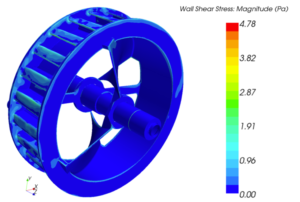 Fig 2. CFD modelling of consistent hydrodynamic shear stress on the surface of Vertical-Wheel impeller during mixing

Together, even distribution of turbulent energy dissipation rates and consistent shear stress levels create a homogenous mixing environment, which in turn promotes the formation of uniformly spherical iPSC aggregates.

Different types of iPSC aggregates may have different optimal diameters and thus, the optimal mixing technology should allow for precise control of aggregate size. Increasing the power input to a Vertical-Wheel impeller increases turbulent energy dissipation rates and shear stress levels in the homogenous mixing environment, resulting in smaller yet still uniformly spherical cell aggregates. The opposite condition is also true: lowering the RPM of the Vertical-Wheel allows aggregates to uniformly grow larger. The homogenous mixing environment created by a Vertical-Wheel impeller is in stark contrast to the non-homogeneous environment created by horizontal impeller mixing. In an example where iPSCs were seeded as single cells and expanded for five days, the inverse correlation between impeller RPM and cell aggregate diameter was confirmed. Furthermore, Vertical-Wheel mixing was shown to result in tighter ranges of aggregate diameters (Fig. 3a) and much more uniform aggregates (Fig. 3b) compared to horizontal impeller mixing.

Fig 3a. Distribution of iPSC aggregate diameters with different agitation rates on multiple days in PBS-Mini vs spinner 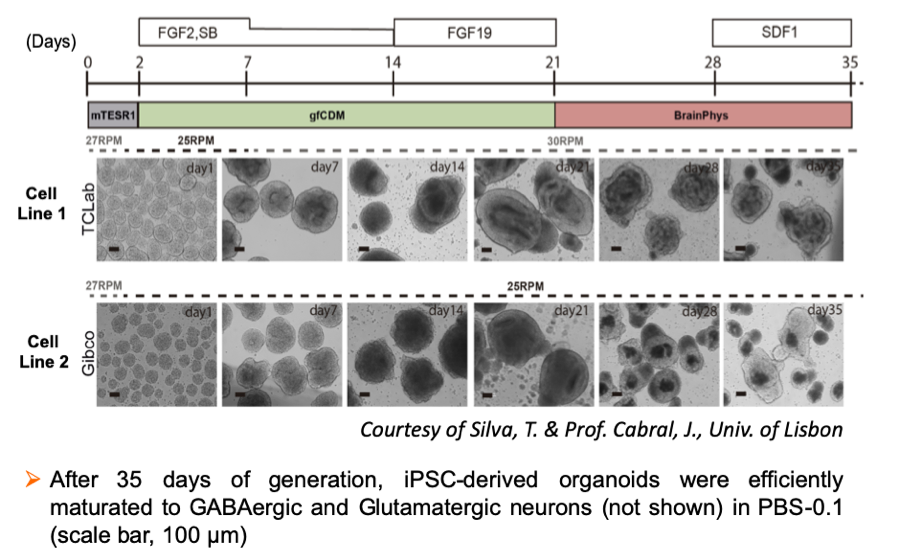 The ultimate goal for iPSC manufacturing is the commercial production of high-quality differentiated cells, which can only be achieved if cell expansion and directed differentiation become feasible in large scale bioreactors. Due to the unique scalability of the homogeneous mixing environment created through Vertical-Wheel technology, cell expansion and directed differentiation of iPSC aggregates in increasingly larger volumetric scales will soon be achieved.

In case you missed it, here’s the first in PBS Biotech’s blog series for Phacilitate:Exchange ‘Innovations for Scalable Manufacturing of Allogeneic Cell Therapy Products’

Advanced Therapies Europe promises to educate and inspire advanced therapies professionals currently working in Europe, as well as those that are looking to enter into the European market.

Advanced Therapies Connect is a series of virtual events designed to help biotech companies create connections that will enable the industry to move forward.

We use Cookies to improve your experience on our site. Learn More